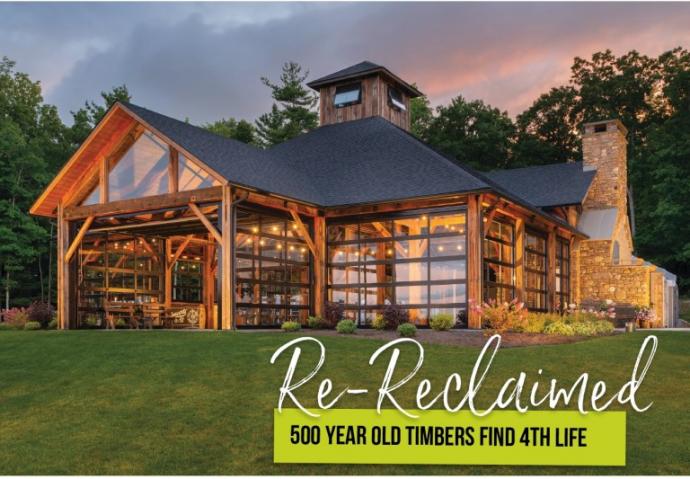 We’re a bit wood obsessed (yeah, we know it’s pretty obvious!) and we are often infatuated with the character and history of antique, reclaimed wood. When that wood happens to be massive, 37″ x 42″ x 48′ timbers that were at least 400 years old when the trees were harvested, we’re all staggered. These timbers, originally from the Welland Canal Lock, have become one of our most iconic reclamation and reuse stories. Today they are in their fourth life (or third use) at Point of the Bluff Vineyards in the Finger Lakes Region of NY. But first, a little history:

The falls and rapids of the Niagara River presented a major obstacle for an uninterrupted waterway from the Atlantic Ocean to the American heartland. To circumvent the river, the Welland Canal, with its eight large locks, was built. Initiated by local businessmen, the first canal was built in 1829. The present-day Welland Canal is the fourth to be constructed. The difference of 99.5 m (326.5 feet) between the levels of Lake Ontario and Lake Erie is now overcome with 43.4 km (27 miles) of canal. 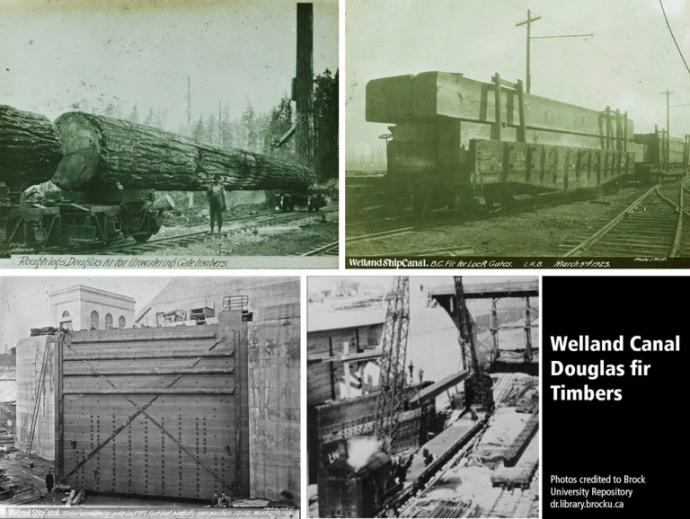 During renovations of the third canal in 1927, Douglas fir timbers were installed in Lock N0. 8, one of the longest canal locks in the world. As the canal locks were updated/repaired, the wood was removed in the late ’90s and the enormous timbers, each weighing over 20,000 lbs, headed to our Farmington, NY yard.

Once in our yard, we began sharing their story with everyone, including our sister company New Energy Works. They had the right-fit client looking to build a timber frame restaurant on nearby Canandaigua Lake. Our denailing team set about removing the metal artifacts from the big timbers–the use of forklifts and heavy chains were required! The result: Steamboat Landing’s Cove Restaurant reclaimed frame which was raised nearly 20 years ago.

In 2015 the restaurant was slated for demolition, doomed by incoming development. The same timber frame craftsmen from New Energy Works who had worked on Steamboat Landing’s Cove Restaurant frame years back carefully dismantled it. The timbers once again returning to our yard.

Point of the Bluff Vineyards was interested in giving the old timbers another use. Along with the New Energy Works design team, they envisioned an event and tasting space situated at the top of their vineyards with open views of Keuka Lake.

To see the timbers continue to have a purpose, now with Point of the Bluff Vineyards, is a best-case scenario. Other timbers from the canal have been repurposed into timber frames, fine furniture, flooring, and more.

Today we have a single “chunk” of the Welland Canal timbers remaining. While we’re a bit sad to see the last of these once-in-a-lifetime timbers, we have many other agricultural and industrial salvaged timbers with remarkable histories, textures, and tones that continue to fulfill our wood dreams. Like these long and large Douglas fir timbers reclaimed in Portland OR, now situated in our McMinnville, OR yard that top out at 22″x38″x52′:

And large logs from the Willamette River in Oregon that are teeming with sculptural texture: 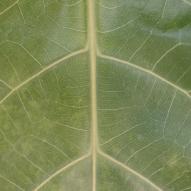 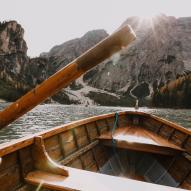